How to reach the tribes in the Amazon? I waited for this answer and the following conversation for a long five days without a hinting whisper that I would hear the word, “Yes”. I waited with a passionate conviction that acting shoulder to shoulder with NGO’s would give me even a vague confidence I would soon gain the trust of the tribe of my choice within the deep jungle. Well, I was wrong.

How to reach the tribes in the Amazon? For the first time, I did it properly – and as it should be. I’ve been through this situation over and over again while spending many years on the road, but there was always something which was wrong. Suddenly, there was someone on this road who was carrying my hand in a different way. Not the official one, but a way based on family ties, a long friendship with the leader, or a command from a family member. So far I have been getting to places where maps are not available. Where the only knowledge of these roads is by walking along yourself or following a local who was willing to take you along into the unwritten paths of the world. This time, there was no one on my way who would lead me, so I did it the way I should have done – I went to a local place with great authority. And so I found myself in a local non-governmental organization that protects the so-called “peoples’ rights”. I was searching for the ‘Contactless people’; i.e. these NGO’s know where they are, but they do not let anyone get there – for their own well-being. At the same time, this organization works with other communities who have little contact with civilization to ethically provide them with a soft transition to our jungle – not the gracious green jungle they grew up in, but the more ‘concrete’ jungle with races, dreams, starbucks, planes, trains, and automobiles. It makes more sense to transition them into our Concrete Jungle than for us strangers of the notion of social status, power or desire for profit, to make our way into their villages with intention to learn from them and to make our way back out alive.

I soon learned that a few weeks before me a journalist from National Geographic, patiently waited a week for permission-for official approval. Every day I came by the door of the office and was rushed to see how the situation was going on the next day. Finally after a week of waiting, I got in. I was heading to make contact with the ‘contactless’.

I’m sitting in front of a low man who dictates e-mail messages to his secretary, repeating five sentences one at a time while logging out of fejsbuka, testing my patience, ignoring my presence for a whole week and fifteen minutes. I clenched my mouth so that I did not lose my cool or become narrow, and I preferred not to look him in the eye in case he could read my facial expressions and what I was thinking about him at the moment.

Finally, I began talking with the man at the desk called Cesar:

“Tomorrow,” said the businessman, whom was not an Indian representative from the region, “you can go tomorrow,” Cesar said, a member of a two-day boat community, the head of the FENAMAD organization fighting for indigenous peoples’ rights and the preservation of peoples’ autonomy; contact.

– What do I have to ensure from my side?

– Bring 15 gallons of gasoline. We are counting on you, otherwise ten people will not have a how  to return to his village. You appeared in time, I got them here for tomorrow’s congregation, but I really would not have any idea how to bring them back.

– Yyyy …. Sure.. – I nodded and imagined how my back would feel after carrying a few barrels of gasoline tied together and I was already wondering where I would get the containers and how I would carry them. I looked at Caesar, as this ridiculous image of himself as a camel appeared inside my mind’s eye, and I offered to give him money to buy gasoline as they were better acquainted with the intricate topography of Puerto Maldonando. I gave him money and I really wanted to trust that they would help me to reach the people from the village of which I desperately wanted to go. Unfortunately, as it later turned out, they were to be in Cesar’s pocket.

“But before you go, I will be very honored to be part of our historic meeting of three villages of the same tribe.

– Caesar, the day is short, the sun is fast approaching, I most want to get to this village – I honestly did not want to lose the next day, I wanted to move forward, I missed the adventure, five days in this little town strewn with laziness. I also became exceedingly impatient.

– At this meeting will be the leader of the village to which you choose, then you will return with him to his settlement, it is the best way to meet him.

I do not like public meetings, I do not like meetings period. Meetings, chronic processes, where words of respect and name are exchanged more than words of action. I did not want to be there, but it was difficult, so, I agreed:

– When and where do we see eachother tomorrow?

“At six in the morning,” Cesar replied, “in Hell.”

Infierno, Hell, is the name of the village in which the representatives of ‘Ese Eja’ live. The meeting lasted eight hours and under a sheet metal roof might I add, with unearthly heat, indeed, each of the participants felt like they were in hell. The scare was unbearable, the temperature was certainly forty degrees Celcius, and every minute was a fight against the discomforting feeling of drowsiness. Cesar was proud to have a representative from Poland, which gave the meeting an international reputation. The organization paid for three meals for sixty people, and six hours did not add up except to touch a few aspects with which everyone agreed, each knew and no one intended to argue. There was a strange kind of appreciation through the crowd’s torture with long speeches. The mutual beating of applause and the right to complement each other with a sublime tone. It was only the last hour that brought salvation and any conclusions. The tribal chiefs and Cesar, all dressed in jeans covered with long traditional tunics and plumes on their heads, chose the composition of the people who would now be the kind of Indian Indigenous Committee of the three villages, those who would now speak with one voice and jointly submit projects. To the government. Nobody yet knew what projects and what they really want to achieve or what to fight for, but they will probably set in the next hell of a long meeting. Positive action, I hope, will bring measurable results in the fight for rights of land. The sad conclusion, however, is that it is not about the land here, but about the profits of the land, so it is exactly the same as the Latinos do, profit from the land and destroy the equatorial forests. The question that people, Indians or Latinos, put up, is not asking, “Is it?”, But the question “How much?” The subject can be expanded very extensively, but it is in another place and time.

From Hell, we left packaged like sardines in a field carriage accompanied by music lurking in the cells of the honorable participants of the meeting. Indians, were in a whirlpool of dust that floated behind the car and turned everyone white and gray in a matter of minutes. Through the bridges made of two logs of bending and springing trees, adding a few screams of terror, and then a praise of delight that this time they managed to pass the relentless dust covering carriage.

The sun changed its color to something warmer, and we headed to the port with the chief.

We left Puerto Maldonado with the sun slipping over the wooden edges of the boats. To get to the village we are going to, have to get through a labyrinth of smaller labyrinths of other, smaller or larger canoes tied to each other. Some are so submerged that the water reaches the ankles, others dirty from the mud, but all form a strange kind of floating port through which the footbridge you have to walk to be able to get away from the neighboring boats. There are five participants in the boat, the captain throws food supplies, then throws a thick rope he just dumped. One of the men in the boat waved me by the arm. The boat sails out of the harbor, and he stays, standing on the edge of a smaller canoe.

– Are you not going? – I asked quickly and surprised as if I wanted to stop the course of events and at the last moment to grab his hand.

And so it was. I never saw him after that.

I made contact with the organization to act rationally and logically, in order to safely reach the village with someone who would give me protection, a sense of security, as well as someone who had built relationships with these people over the years to reach out to the proper leader who would present me to the community. As a result, I found myself in a canoe with five strangers, a shotgun, arrows with colorful tips made of parrot feathers, one bow, food supplies, and I was on a journey that was going to last as long as it took a peke peke rod to absorb 15 gallons of gasoline. I knew so much. I was certain of only one thing: that in two hours, there will be the sun. Of course we did not have any lamps, and the moon was new. This one relative to the sunset did not give me courage. The leader disappeared, with every second he became smaller and darker, and the darkness brought the long awaited breeze of colder air. The bruise of the town quickly died down in the distance, replaced by a roar of a motorboat, which, with the onset of the night, broke down. Together with the silence of his choking on gasoline, the hopes that they would ever fade were extinguished. At that time, we could hear birds screaming in the dense dark wall of trees, the first stars came out on the red-scented sky, mosquitoes and vermin were enjoying their lonely night life, and I was drifting along with five alien men in the middle of a river- Without oars, but with a shot and bow. And so began the adventure … 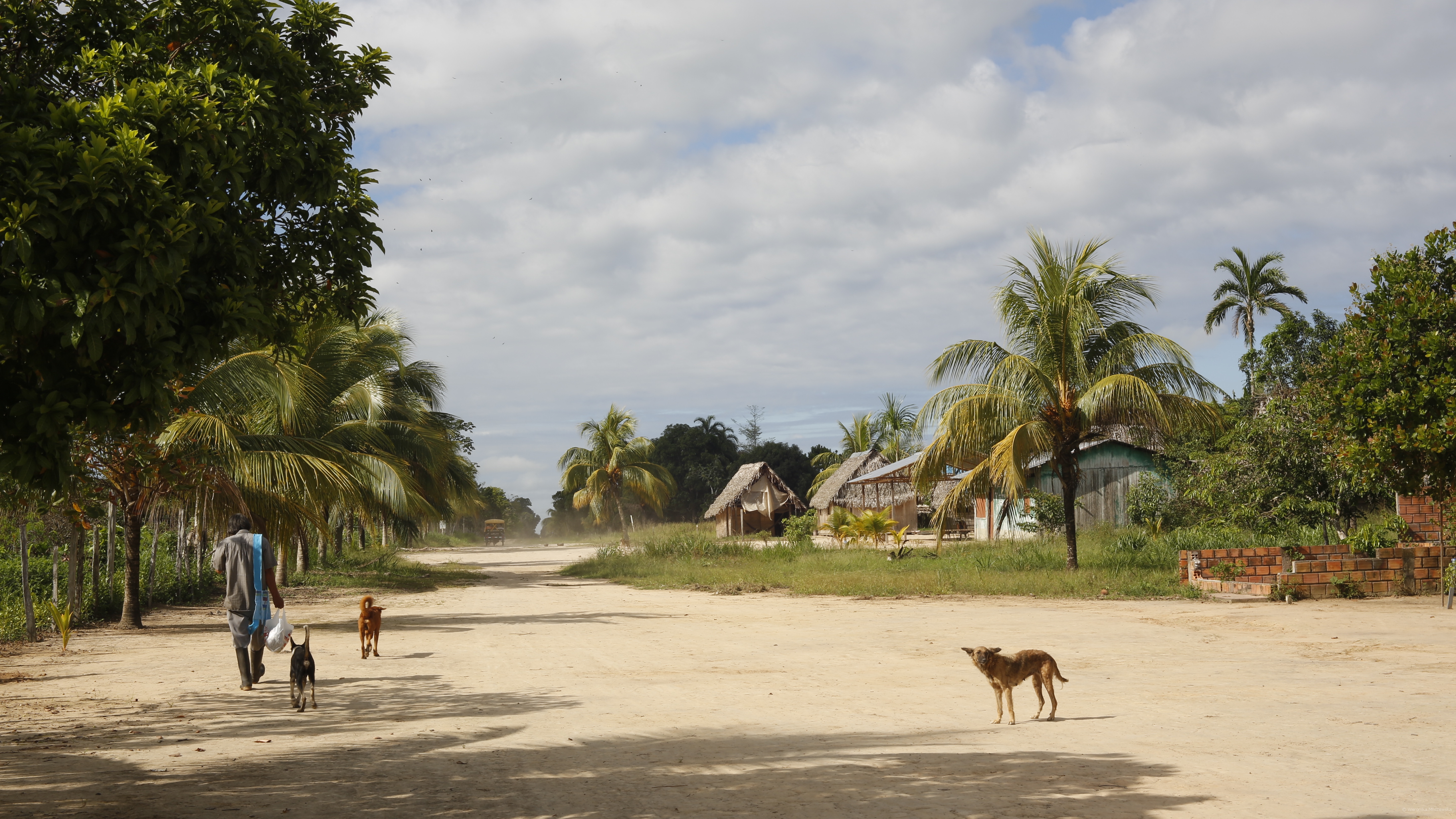 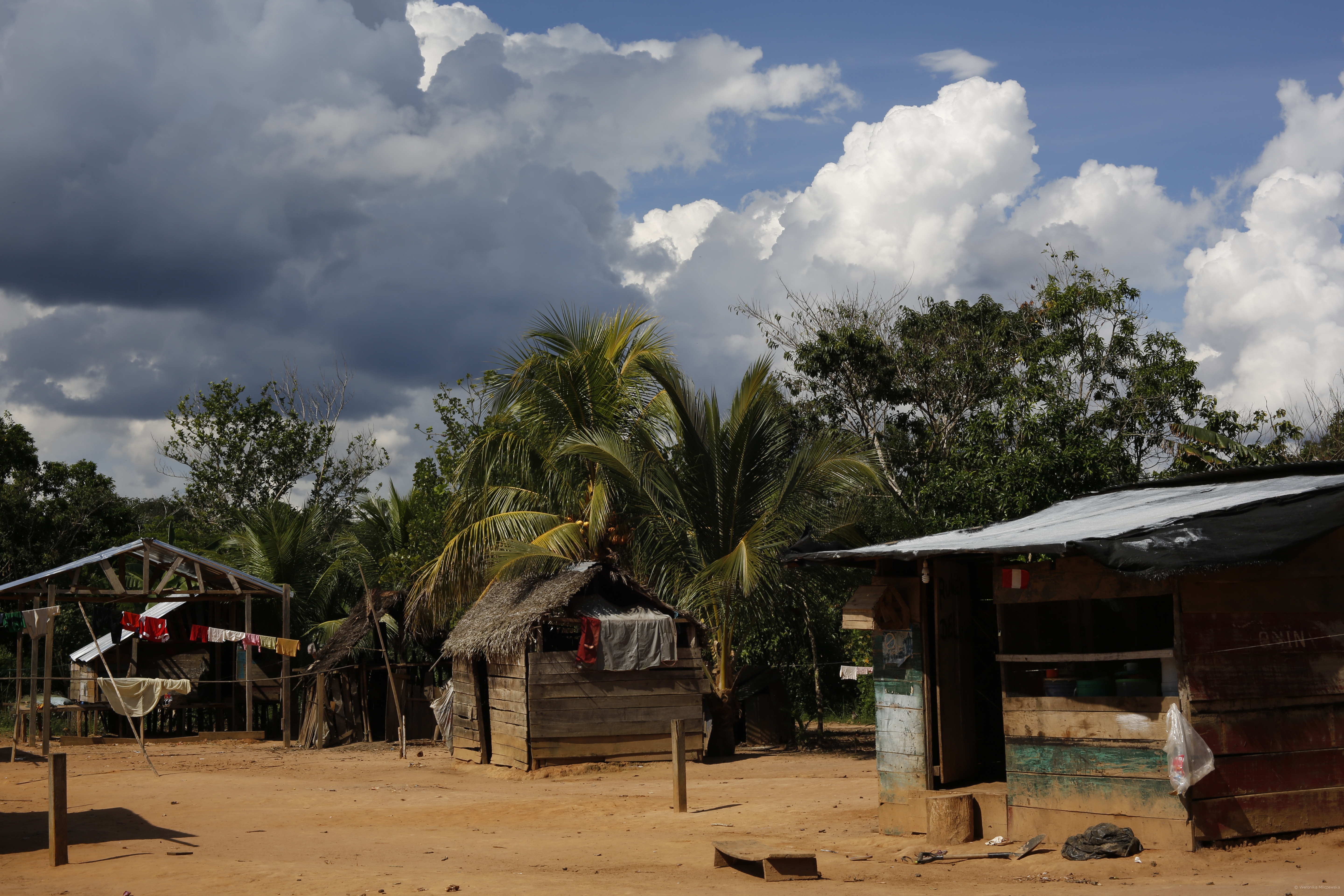 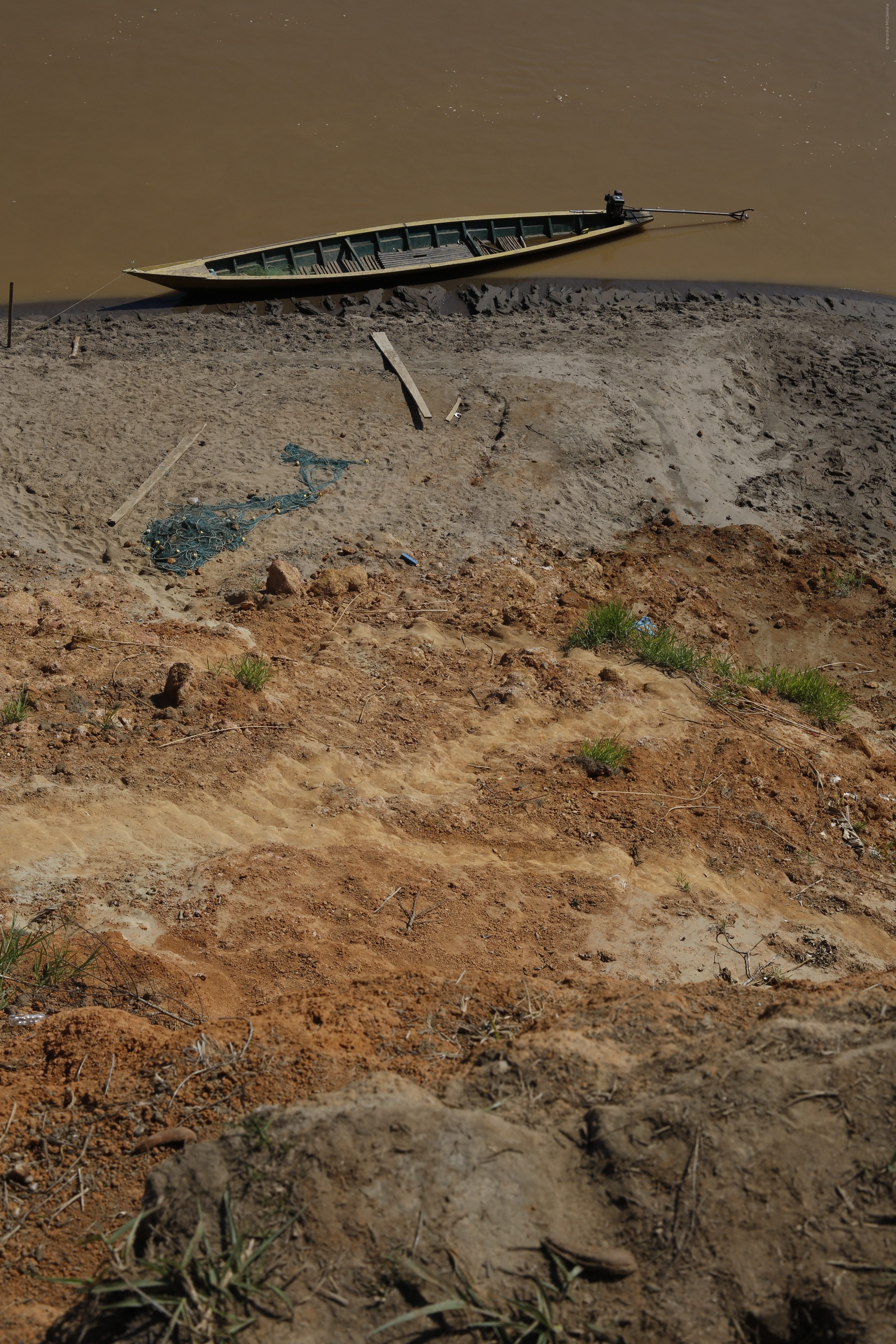